Last week, I shared a few memories from a wedding that we attended in Norway last summer. One of the most beautiful and memorable parts of the wedding was the music. As I mentioned in the last post, processionals are traditionally led by a fiddler, and in this particular part of Norway, the customary instrument is a local variant known as the hardingfele.

In typical Norwegian style, the hardingfele is sumptuously ornamented to an extent not seen on the common violin. The fingerboard, tailpiece, and purfling are inlaid with a geometric design of bone and mother-of-pearl. The soundboard features delicate florid kolrosing, and peg box is often topped with a dragon carving in lieu of the familiar scroll.

Though outwardly attractive, the soul of the hardingfele resides not in the baroque Scandinavian styling, but in the four understrings that run inconspicuously beneath the fingerboard. Due to the extra strings, the hardingfele can be recognized at a distance by its eight tuning pegs, rather than the conventional four. When played, these strings resonate under the influence of the primary strings and impart a richness to the music that seems perfectly suited to the simple melodies of Norwegian folk music.

Compare the vibrant self-harmonizing effect in the wedding processional (which was played on a hardingfele):

to the more formal and reserved melody of the recessional (which was played on a regular violin).

Both are beautiful, of course, but I’ve come to appreciate the simple regional traditions that add color and complexity to the tapestry of human culture. If there was a pervading theme to my trip to Norway, it was my continuous amazement at their dedication (and success) in weaving ancient tradition with modern culture. Their country may rank near the top of the list in modern infrastructure, internet access, wages, and quality of life, but they also cling dearly to their cultural inheritance. Old buildings are unquestioningly preserved and maintained, slöjd is still taught in elementary schools, traditional food and dress and folk music are alive and well. 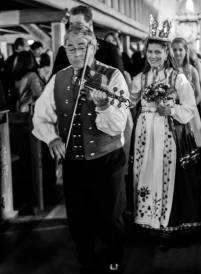 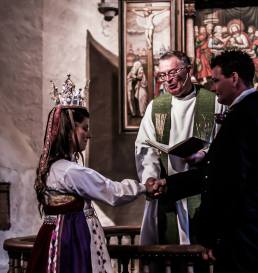 During my visit, I constantly felt as though the past was a part of the present, rather than some harsh, distant era. I think as Americans, we have stronger reasons to keep our past at an arm’s length, because some of the uglier episodes of our history (segregation, slavery, and the near-annihilation of Native American culture, for example) have not been seasoned by the centuries as they have in Norway (e.g., Viking culture). My recent visit to the Aiken-Rhett House was impressive, but I could never fully escape the reality that the massive home was built and maintained on the backs of slaves. Nor would I want to forget. I suppose also that the simple lack of a cohesive national identity – we are a nation of immigrants, after all – contributes to a widespread indifference towards our past. After all, my past is very likely not at all similar to your past. Perhaps another thousand years of existence will give us the perspective that we need.

Okay, that was a rather long aside in a post that is ostensibly a discussion of a fiddle. Let’s get back on track, because there are a couple more notes I wanted to include: The fiddler at the wedding is Øystein Rød, who is not only a good friend of the bride; he has also been named the best fiddler in the country! He actually wrote the music for the processional. The song is called “Gledden” (“Joy”, in English). I’m including another version of him playing this song, since the sound quality is much better. The passion and precision of his music is breathtaking. I think it’ll be worth 3 minutes of your time to listen.

A couple of weeks ago, I saw this video shared on a Facebook group:

The video is 11 minutes long and completely in Norwegian, but it’s wonderfully vintage footage of a few old dudes collecting and processing whetstones from a centuries-old quarry in Eidsborg, Norway.

What made the video all the more fascinating for me is that my wife and I actually visited Eidsborg (among many other stops) last summer. I don’t know how old this video is, but I recognized several buildings from a small settlement about a mile from the quarry.

First, at minute 1:08 in the video, is the famous Eidsborg stavkyrkje (stave church). The building, remarkably, dates from 1250-1270. The level of detail evident in the craftsmanship is arresting. I could have spent an entire day exploring this building. 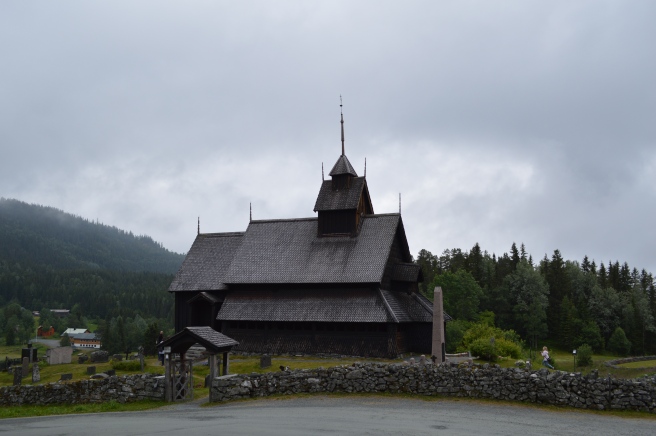 Standing in front of the building, it’s much smaller than you might imagine from the pictures. You would have to duck to walk under the eaves. Unfortunately, the building was not open for visitors on the day we went, but there was plenty to see from the outside.

The effect of the shaped, riven oak shingles is striking. 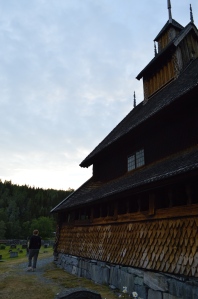 The whole cemetery was filled with headstones from the local quarry.

At 8:55 in the video, you’ll see another pair of remarkable buildings that I recognized immediately. The one on the right is known as the “Loft”. It was built in 1167…850 years ago. What are you building today that will still be around in the year 2865? Anybody?

This building is regarded as Europe’s oldest secular wooden structure. There are older churches made of wood. There are older homes made of stone. But if you want to see a wooden building that isn’t a church, you can’t do much better than this little beauty. A sign beside the building reads “Listed storehouse from upper Vindlaus farm, built 1167. Legend claims the three sons of rich widow Ase Stalekleiv built it to store quantities of linen. Runes by the upper level door (ca. 1300) read, ‘Vestein wrote these runes. Hail he who wrote, and hail he who reads.’ Europe’s eldest secular wooden structure.”

The second building is a newbie by comparison. The date in the carving above the doorway was a bit hard to read, but I believe it reads “ELEFOUVERSON ANNO:1757”. Of course, the building could be older than the inscription. I don’t recall seeing a sign beside this one, and if there was one, I didn’t snap a picture. 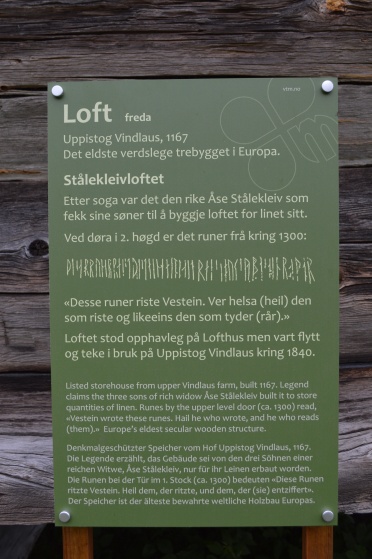 “Elefouverson. Anno:1757”. Look at the detail on that strap hinge! 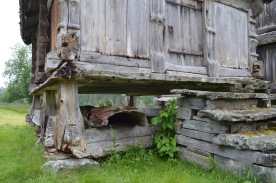 This ingenious style of foundation was ubiquitous in this part of Norway. 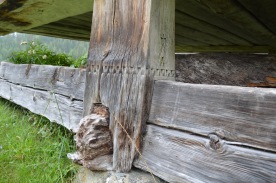 I love that even the footing is carved. 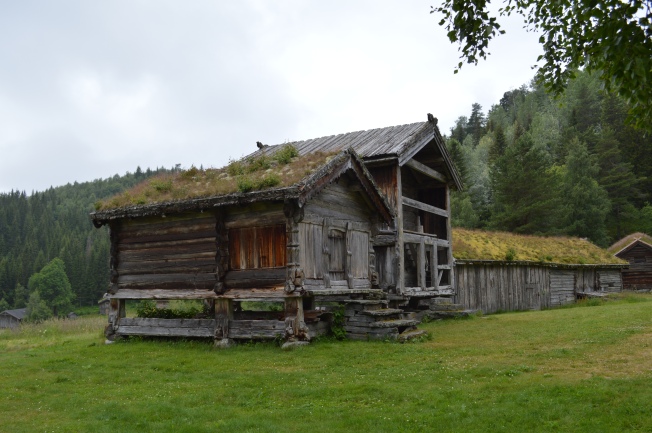 Did I mention how amazing Norway is? It’s amazing. Plenty more pictures where these came from.